What to Hold on to 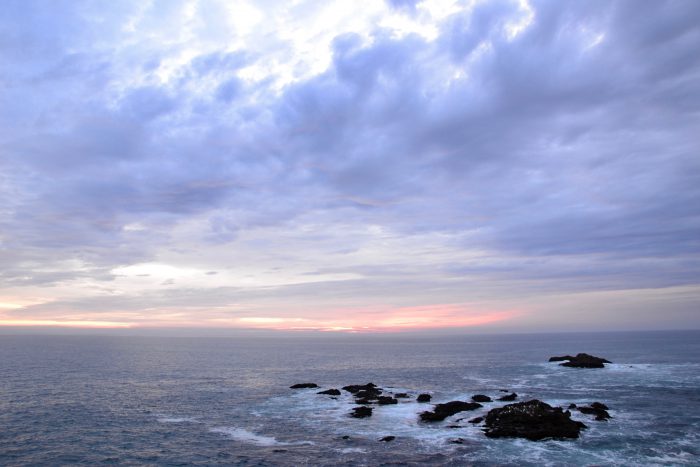 It’s been a few years since I systematically dismantled my life. At that point I left a cushy job and I gave up my rent-controlled apartment. I abandoned much of who I was and went in chase of a dream: one year of world travel. If my life were a movie, the scene where I hugged my family goodbye and turned to catch my plane might be the story’s natural conclusion. The credits would start rolling. There’d be an inspirational soundtrack. The protagonist had struggled with a big life decision, had his breakthrough and then found enough courage (or foolery) to tackle his personal calling. Rode off into the sunset. Finito.

But that wasn’t the end.

Stories — at least real life stories — never really end. Pages get turned. New chapters begin. Addenda are added. As long as we’re living, there is no “happy ever after” or even “The End.” It all goes forward. And most often, it all goes forward anticlimactically, unapologetically.

My story continues. In many ways, I’ve resumed my pre-ride-off-into-the-sunset life. I’m back in the same city, working a similar job and hanging with old friends. The reinstatement (of my non-travelling life) is not seen as a setback or a letdown. I love this city. I’m fortunate to be handed enough work to pay my bills. My friends are my foundation. This situation offers a comforting familiarity.

Because I’ll be staying around for a while (read: more than three months), I decided to empty my storage locker and sort through all the stuff that I tucked away three years ago. Back then I figured that I’d deal with it all in the future. Well, the future is here.

In regards to the possessions in my storage locker, my goal is simple: to turn the small amount of things I own into a smaller amount of things I own. I’m happy to announce that, so far, I am succeeding. I have transformed three boxes of random books into one box of important books. I have purged an entire suitcase full of clothing. I am giving away two broken typewriters (of which I was holding onto simply because I thought they would make lovely decorative items in a future home). Despite the already substantial eradication process, there is still more work to do. Over the next week, I will turn a three-foot stack of papers into a manageable collection of tax receipts and health care information. I’m really not looking forward to that task.

As I sort through my possessions, my guiding question is “Do I really need to own this?” The general response is “Nope, I do not.” In fact, when I root through all this stuff, my overarching reaction is one of disdain. I don’t want these objects — collectively they are a barrier from enabling easy movement. Each item I reject is somehow a step toward my liberation. Adios to the Village People on vinyl.  Sayonara to my copy of Memoirs of a Geisha. Good riddance to each pair of business dress pants.

The process is fast and generally clear, until I come across something more sentimental — such as my Grandma’s record player. She died over a decade ago and since then I’ve kept it with me wherever I’ve lived. Do I need to own this item? Well if “need” is defined as something vital to my survival, then I do not need to own the record player. Yet, it represents my past, and comes with a few introspective questions: Who do I become if I don’t own it? A person who can say goodbye to the only remaining artifact of his Grandma? Is that who I am? Is that who I am becoming?

A few weeks ago, I took my first real vacation in four years. That might seem like a rather far-fetched claim for a traveller who posts photos of himself on the beaches of India and in the bars of Buenos Aires. But I make a distinction between travel and vacation. When I’m “travelling” I tend to enter a specific mode — I photograph, I take notes, I document. I’m tuned in. The endeavour of travel requires energy and attention. Vacation, however, is unadulterated escape. (And who doesn’t crave a bit of escape from time to time?)

For my vacation, I rented a car and went on a road trip — alone. There were mountains and ocean and long strips of pavement. Whenever I was in the car, I drove in silence. Occasionally, I’d pull off the highway to walk across a beach. Or to sit and watch the waves. I took my meals in solitude. If it sounds sparse or antisocial or lacking in adrenaline, that’s because it was. This low-stimulation form of escape was precisely what I wanted.

During this five-day journey, I intentionally took a break from alcohol, coffee and the Internet. I did this partly because my body (and mind) needed a respite and partly because I knew that this type of “cleanse” would create the conditions for an emotional breakdown. It might sound odd, but I welcomed a breakdown. I yearned for a purging of the past few years — certain things out so that I could move on.

After four days on the road, it finally happened.

I had gone into a locally owned bookstore. As I meandered through the collection, I subtly ran my hand over the covers of many books, feeling them, absorbing them. Inspired by a lyrical reference from one of my favourite travel songs (Take the Long Way by Po’ Girl), I left with a Henry Miller novel in my hand and that surge of possibility that occurs when holding a new book. I returned to the car and rolled back onto the highway. Five minutes up the road I came to a lookout point on the side of a cliff and pulled the car to a stop. I got out. To my back was a mountain and to my front was an expansive ocean. The sun reflected off the water, as if I were staring down upon the world’s grandest mirror ball. In the air was the smell of eucalyptus leaves and baked sage. There were few sounds but the occasional passing of a car and the groan of ocean wind pressing against trees.

I took a seat on a tuff of grass and began eating a bag of potato chips.

“How neat is it to have written a book,” I thought, my mind drifting back to the bookstore.

And that’s when it all tipped. Together, the stunning scenery and the absence of distraction were enough to uncork the bottle of internal mayhem. A couple years’ worth of hopes and expectations, self-pressures and self-doubts — stuff that comes with pouring one’s heart into a personal project. I had pushed down these emotions in order to continue doing what life had insisted on: going forward.

At that moment, however, there was a pause. If the past few years had been a song, then I was at the end of a cadence. Where the mountain met the ocean, there was the sense of resolution that I sought. I started crying — immensely exhausted yet fortunate, empty yet quietly optimistic.

After a few minutes, I wondered to myself: Is that who I am — a guy who goes to places and cries alone?

I wiped my face with a greasy potato chip hand. And then started to laugh.

I’ve established a new morning ritual for 2014. These days, my alarm goes off at 7 a.m. in the home that I am subletting. I get out of bed and go to the bathroom. Then I stretch on my yoga mat. While I’m on the ground I do 30 pushups and 60 sit-ups. Afterward, I make myself a cup of green tea and do 30 minutes of reading. I even set the timer. This all may seem a bit regulated, especially for someone who brands himself as a “drifter,” for someone who celebrates the creative and the un-dogmatic.

But there are merits in ritual. I’m beginning to see that ritual can take the place of possession. If I don’t own much of anything then perhaps I can find my stability, my familiarity, my comfort in customary actions. A cup of tea instead of owning a couch. Some downward dogs instead of a vinyl collection. Reading books instead of collecting books.

Yet, what about my Grandma’s record player? How does it fit into my quest for non-materialism? I suppose there are certain things I don’t want to purge. Certain things I don’t want to let go of. To be honest, I’m not sure what to do with the record player. But maybe I don’t need to decide right now. Maybe it doesn’t have to be so cut and dry. Maybe some items can remain in a sort of “possession purgatory.” I just don’t know.

It’s tough to know what to hold on to.

Up next: Memoirs of a Collage Junkie