In Defense of the Selfie 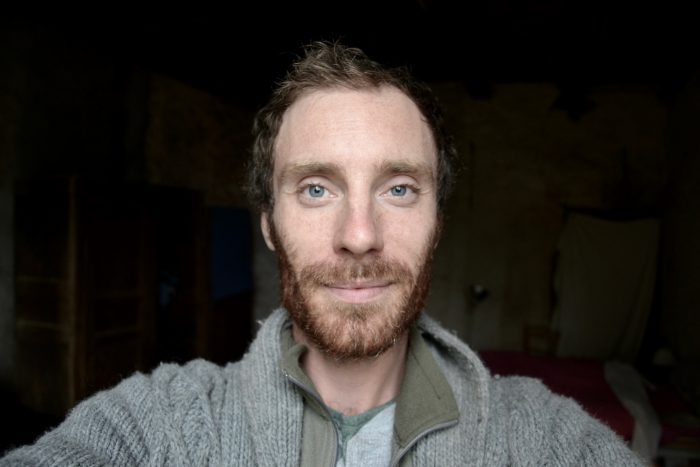 The selfie is a ubiquitous part of 21st-century Western culture. Oxford Dictionaries unanimously chose the term as the 2013 Word of the Year, while the BBC and Guardian continue to run stories about selfies. Even President Obama has jumped in on the action, taking a selfie at a funeral. Yet despite the cultural pervasiveness, the selfie gets a bad rap. It’s a gesture of vanity, of self-importance, of selfishness, of narcissism.

Capturing a self-portrait is not an inherently corrupt act — nor is it a new endeavour. Since the advent of mirrors, painters and sculptors have tinkered with various forms of self-representation. The photographic self-portrait is also nothing new. An American chap named Robert Cornelius was a pioneer in the domain of photography, and in 1839 he captured what is believed to be the world’s first known selfie. Self-portraiture (and the selfie) is old business.

Maybe it’s dangerous to admit, but I am a fan of the selfie. I decided to use the medium to help share a journey of mine: one year traveling around the world. But why use the selfie as a medium of recording? Well, I started journaling at the age of 17, and since then I’ve morphed into something of a “documentist.” Over the past 15 years, journaling has been a simple way of tracking both the practical and emotional details of my life. What adventures am I up to? Who am I spending my time with? What am I feeling? Writing has always been my way of processing the world I live in. The process of documenting your life, however, doesn’t have to be limited to the written form; with photo and video, we are also able to observe our lives in ways that previous generations could never have imagined.

With this in mind, before I left for my yearlong journey I made a few documentation goals: to write a weekly letter home, to produce a daily video, and to capture a daily selfie. In a way, the routine of taking a self-portrait was not just a way of recording the journey, but also a technique for measuring the effects of long-term travel on the face of the traveller — essentially, I wanted to see how travel would look on me. By the end of the year, I had accumulated not just a monstrous beard, but also a collection of nearly 500 selfies (as some days I took more than one photograph).

These images, when stacked one on the next, work well as a sort of stop-motion selfie video, a fast-paced glimpse into a year of international adventuring. If you pause the video at certain points, you’ll observe a couple of notable changes. Upon arrival to Buenos Aires, for example, I had an unfortunate incident where mosquitoes ravaged my face — you can see the bumps of bite marks across my forehead. As the year progresses and I move through various countries, you’ll also notice I become more tanned. I get different hats. I lose weight. And then, of course, there was that beard. Together, the 365 photos tell an abbreviated story of one person’s journey in a method that lends itself to our collective 21st-century attention spans.

But my goal is not simply to cater to our Internet-ish attentiveness. I believe there is a direct relationship between the selfie and solo travel. They are both, by definition, solitary endeavours. Although I made new friends as I travelled around the world, I was more or less on my own for an entire year. In some instances, I would request that someone else — a local or a fellow tourist — use my camera to photograph me. But often I didn’t. Why? Because rooted in the mission of any solo traveller is the quest for a certain amount of autonomy.

In this regard, could it be that the selfie used while travelling alone is an act of self-sufficiency? The gesture of capturing a selfie next to Inca ruins or a Himalayan mountain might just be a mild personal expression: “I am out here, exploring the Earth on my own, and I am functioning just fine.” And if that were the case, would we despise the selfie any less? Could the selfie be a valid form of documentation? Could it be a legitimate method of photographic journaling? And, most importantly, could it even be an expression, a celebration, of autonomy?

If so, then it’s time to expand our perspective on the loathed selfie. Instead of being a modus of narcissism, perhaps the selfie is also a modest medium that enables us to communicate a simple yet human sentiment, something that Robert Cornelius surely sought to express through his first photographic self-portrait: “This is me. In the world. I am here.”

(This article was first published in 2014, on Matador Network.)

Up next: What to Hold on to