The World is Tragically Stocked with Interesting People 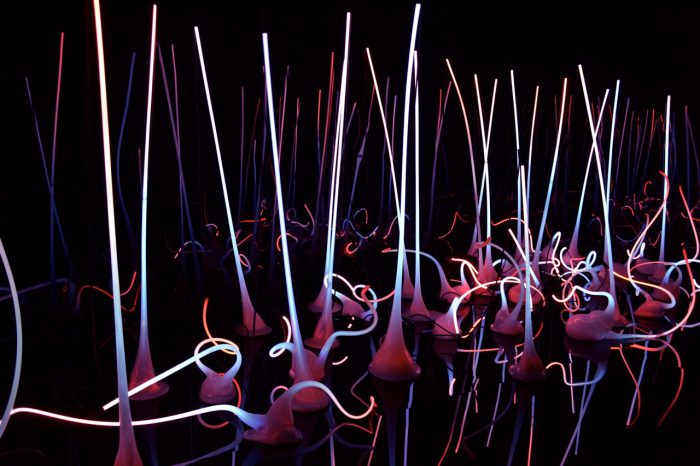 This is Easter long weekend. Whereas some people are gathering around family tables to eat roasted hams, I’ve embarked upon my first-ever visit to Seattle to get together with long-distance friends and to finally explore a place that I have always considered too geographically immediate to actually warrant a trip. Much of the weekend has been spent walking along the bumpy avenues and sampling the restaurants in the Capitol Hill district. But now my friends have returned to their respective lives, and my boat back to Canada doesn’t leave until tomorrow. So I’ve come to a pub called Pony for a beer or two.

I figured I would simply sit in relative aloneness and observe the setting. But solitude can have a counterintuitive magnetic effect, and after a few minutes of flipping through a local entertainment newspaper while casually looking around the room, I am befriended by two other sociable loners. Patty is a local woman who works as an executive assistant. She has thick-rimmed wingtip eyeglasses and cherry lipstick that emphasizes the most encouraging smile one could possibly imagine. Tony is Chinese-Dutch man who recently moved to Seattle. With a permanent and mischievous smile, he might best be described as younger, more flirtatious version of the Dalai Lama. The three of us chat about the city while, a few feet away, Jesus continues to gyrate.

“I just LOVE coming to this bar,” Patty gushes. “There are just so many interesting people!”

Tony offers to buy me a beer, and I do not refuse. While he’s gone, Patty begins the most cordial of cross-examinations.

“I’m a writer,” I reply tentatively.

Patty responds with the same expression I often see when I tell people what I do. A mixture of delight and bewilderment is scribbled across her face.

A few weeks ago, I was rummaging through the memoir section of a secondhand bookstore when I came across an intriguing title: What I Talk About When I Talk About Running. As a runner, I’m fascinated by what compels others to submit themselves to the monotony of the solo endeavour. This specific book, by acclaimed Japanese author Haruki Murakami, examines the intersection of writing and running. I immediately purchased it and proceeded to spend the next few days lapping up Murakami’s words like Gatorade on race day. I had come across a kindred spirit.

As he outlines the months leading to one of his runnings of the New York City Marathon (he’s done it multiple times), Murakami talks about a variety of subjects and frequently goes on anecdotal tangents. Perhaps the tangent I appreciated the most was when he shared his perspective on what he believes are the necessary qualities of a successful writer:

Naturally I couldn’t help but wonder: “Do I have these qualities?” Of these variables, there are two that I do not worry about. But one characteristic continues to be elusive.

Talent is difficult to define, but to Murakami it’s one of those things that you have or you don’t, and the writer cannot control its amount or quality. I don’t invest much time in worrying about whether or not I am talented because the question is external to my greater objective, which is to simply write. Time will tell if I possess any fragments of talent.

Endurance, I believe, is simply the ability to deal with discomfort. To a certain degree, I’ve been blessed with an appreciation for pain, honoured with a penchant for mildly masochistic activities. In the past, I have sought out experiences laced with discomfort: hot yoga, treeplanting, long-distance running, long-term travel. I’m not worried about my ability to endure.

Focus is the tough one for me. I am an easily distracted person predisposed to daydreaming and procrastination. Murakami describes focus as “the ability to concentrate all your limited talents on whatever’s critical at the moment.” If I am to succeed as a writer it will because I have found ways to enhance focus, to maximize concentration.

Luckily I know what is necessary to cultivate focus — it’s simply a matter of prioritization and the removal of distractions. Focus is about saying “no” to things. And not simply to the amusements of Facebook or alcohol, but sometimes to projects and sometimes to people. Focus is the process of a thousand rejections. And this is hard because, whether we’re giving or receiving it, rejection is rarely pleasant. Finally, self-isolation is also helpful for cultivating focus. The challenge with this, of course, is not going stark-raving mad. We need people around us to keep the mind balanced.

Maybe that’s why I have ended up at a bar with a dude dressed as Jesus dancing on a pole: I need people.

Jesus has stepped down off the bar and is now in plainclothes, eating an apple and chatting with friends.

“His name is James,” Patty tells me. “He’s a social worker in palliative care. You couldn’t find a better human being.” A few minutes later Jesus/James has disappeared from the pub. I didn’t see him leave.

After a couple of beers, I notice that my head is becoming woozy. This is an indication that, should I wish the evening to be remembered as charming, it’s time to make my own exit. So as effortlessly as we merged together, Patty, Tony and I prepare to go our separate ways.

“I just can’t wait to read your book!” Patty says as she claps her hands together and then administers a sincere hug. For an instant, I wonder if there is any way to preserve some of her enthusiasm and save it for a later date. I don’t tell her, but Patty’s zeal is deeply appreciated.

It’s taken a few years, but I’m beginning to feel semi-comfortable saying, “I’m a writer.” This tentativeness was not from believing I had no talent, but more because I felt like a poser or a wannabe. On some level I probably am these things. But the more I write, the more I feel entitled to the statement. Just like the more a person runs, the more she inevitably becomes a runner.

For me, the greater challenge is to focus. To my disadvantage, however, the world is tragically stocked with interesting people.