Final Sentiments From a Yearlong Voyage 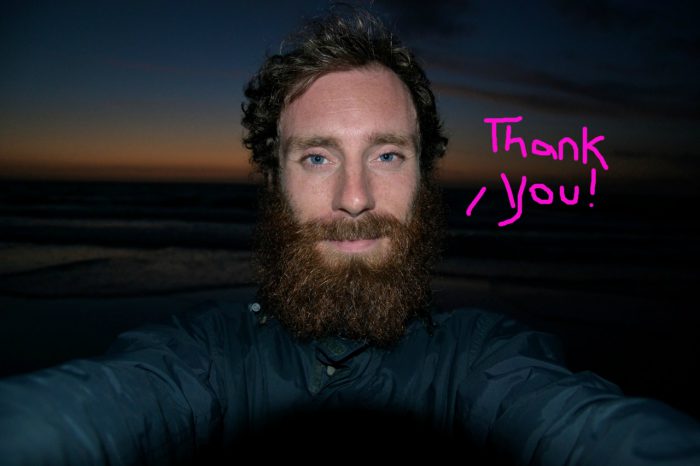 If our lives are divided into a series of chapters, I have nearly reached the conclusion of one. And what an incredible chapter it has been: 12 months spent travelling around the world, attempting to exchange work for food and accommodation.

As I type these final words, I’m sitting in a generic café in Adelaide, Australia. Outside the rain is falling in tumultuous buckets. The buzz of the barista machine provides a comforting and familiar soundtrack, and over the speakers pours a calming rendition of Hark! The Herald Angels Sing. The people sip their flat whites and long blacks, and converse in the beautiful way that human beings do. They look into each other’s faces, attending to words and intonations and eye movements. From what I’ve witnessed, all evidence points to the notion that we are collectively meant for each other. We are social animals.

I am a social animal.

Interestingly, back in the autumn of 2010 when I began to tell family and friends that I had decided to go travelling for an entire year, most people assumed that I’d be disappearing into the abyss, that I would be jumping ship to sit on the side of a mountain and meditate in solitude. I admit that this type of travel has crossed my mind, but that’s not what I envisioned for my year.

In my head was a trip where interconnectedness and social media broadcasting and experience sharing would be a fundamental part of the accomplishment. I would indeed be travelling and leaving the comforts of home behind, but the intent was to be very much ‘in touch’ or ‘plugged in.’ I wanted to go into the world and share what I discovered. I wanted to bring as many people as possible with me on the journey.

And so I tried.

I set out on the first day of January 2011 for my year of international exploration. I was nervous. I wondered if I was in over my head. On that very first day, I arrived into New Orleans after the sun had set, took a taxi to one of the most dangerous districts in America and I crawled into a somewhat smelly bunk bed — and seriously considering calling the whole project off. I had just dismantled a privileged life in Montreal to go chasing after a romanticized pipe dream. Would this be worth it?

However, something magical yet conventional happened. I began to meet people. Marvellously, a selection of these somewhat minor introductions began to mushroom into significant relationships.  There was Edda the divine Australian and Boris the light-filled Frenchman. Then in Costa Rica I met the world-wise Matt. And in March a middle-aged Peruvian woman named Estela took me under her wing. It would continue over the months with Lucy and Moses and Nico and Erin and Igal and Tulsi and countless other individuals who bestowed generosity and friendship. It turned out the world has been well stocked with beautiful human beings.

If I were a ship sailing through the night, these people would have been my lighthouses. They have told me that, despite being far from home, I was never alone. They were guiding forces. They were friendly. They were filled with light.

I have strived to create an experience that was meaningful for myself, and also meaningful for those readers who chose to join the journey. So whether you were tuned in from day one or happened to watch an occasional video or have only arrived to this site for the first time, I am grateful that you are giving a portion of your time.

It’s been an honour and a privilege.

Before I formally sign off, I’d like to leave you with a final message. Permit me to share a tentative lesson that I’ve acquired not only from my yearlong journey, but also from my meagre few decades on this planet. It is in regards to an emotional element called fear.

In our culture, we are often sent inspirational messages from various sources. Yoga brands, T-shirt companies and motivational posters tell us to live our lives without fear. It’s as if fear itself has been demonized. It’s as if fear is the enemy.

Fear, I believe, is a valuable tool. It tells me whether or not to walk alone at night. It informs me that perhaps I should test the depth of the watering hole before diving in. It tells me that I need to return home and spend time with my family and friends, or the quality of relationships could be compromised. There is an element of fear in all of the decisions I make in my life. And I am learning that an attempt to live a life without fear is futile, if not foolish.

To be honest, one of my greatest fears has been of stagnation. I am aware that life passes quickly, and without direct and intentional intervention there is a chance that I could get stuck in ruts and patterns of blisslessness. I don’t want my heart rate to stop while I am living.  I don’t want to ignore the potential of the person that I know I am capable of becoming. I have somehow become aware that if I do not make purposeful choices for my future, there is a chance that I might not realize my potentials. And with this awareness, fear has impelled me.

In my case, fear was simply a tool to push myself forward towards new adventure, new potential states of being. This year has been a massive risk — I quit a stellar job, moved out of a beautiful, rent-controlled apartment and challenged the strength of my closest relationships by being absent for twelve months. There was fear in the thought of leaving. However, there was fear in the thought of staying. And so I acted in a fashion that I thought would keep my heart most alive. I made decisions that I believed might lead to expansion.

And here I am, twelve months later, more alive than I’ve ever been. I stand before you as, more or less, the same ‘Daniel Baylis’ who left on the first of January, but with eyes that have seen more of the world, feet that know the sensation of foreign soils and a heart that is swollen with the love of my fellow humans. Expansion has been achieved. And fear helped me get there.

Allow me to conclude with a quote. During my month of May in South Africa, I kept the company of a wonderful man named Nelson Mandela. I wandered through his autobiography with awe and admiration. He is one of the world’s most commendable humans for the perseverance and strength of character he displayed in a system wrought with injustice. The lessons that he extracts from his epic lifespan are psychological gold. One of the phrases that resonated most read: “I learned that courage was not the absence of fear, but the triumph over it.” His sentiment relates to my own understanding of fear. There is no absence. There is only transcendence.

So I send to you an encouragement to apply the words of Mandela. How can we live our lives with a generous serving of self-defined courage? It’s up to each of us to individually explore.

But here’s what I’ve told myself over the course of my journey:

And, miraculously, it’s been working.