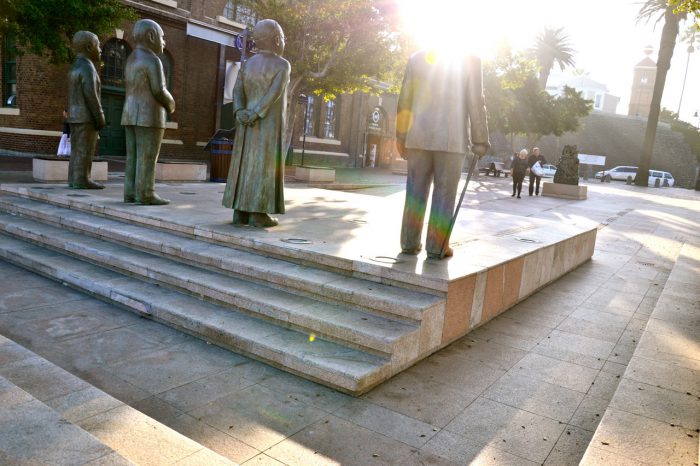 “Pay no attention to that man behind the curtain!” yelled the Wizard of Oz in a fit of hysteria, as the secret of his human-ness was unveiled.

This quote, of course, is from the 1939 classic fantasy film The Wizard of Oz. And in this specific scene, Dorothy and her gang have broken into the Wizard’s chamber, where little dog Toto opens a green satin curtain to expose the ultimate sham—an ordinary man operating a panel of wheels and levers while speaking into a microphone. There is no great and powerful wizard.

This line would become one of the most ironic lines of the 20th century, largely because, as a culture, we did not successfully interpret its implication. It was a warning sign to look beyond flashiness and fancy lighting. But we failed to listen.

Over the course of the following decades, we would permit ourselves to be duped into taking things at face value, especially when it came to the influence of big brands. In the ’60s, cigarette brands told us that smoking was stylish and healthy. We smoked like chimneys. In the ’80s, corporate America successfully situated fast-food restaurants, brand-name blue jeans and cheap technologies into our day-to-day lives. We bought into the whole thing.

The standard approach for most companies was to focus on how they looked—all brand botox and no heart. Soul-destroying advertising became the standard, unrealistic images of what beauty should be were emblazoned across billboards, while being ingrained subtly through television. The biggest brands in the world emulated the wizard, successfully telling us not simply what to buy, but what type of lifestyles ought to be pursued. The wizardry worked like magic.

But now it’s the 21st century, and the rules of marketing are changing because the world is changing. Blind consumerism driven by spoon-fed corporate advertising is on its way out. Consumers are starved for a new type of corporate engagement, a new form of capitalism. We are realizing that there is little correlation between owning “stuff” and being happy. We are eager to shop with values, and to support brands that actually stand for something other than product and bottom line. We’re weaning ourselves off uninspired corporate messaging. We crave honest brands.

The most intelligent brands are sensing the sea change, and they’re adjusting by shifting with the evolving social environment. They understand that it’s no longer practical to attempt to distract consumers from the nasty implications of their production line by hosting glitzy charity balls or supporting pink-washed cancer runs. Instead, they’re bucking up, telling the truth, and making changes. Why? Because they actually want to exist in the future.

But wait, I know what you’re thinking: “Isn’t it nearly impossible for a brand to tell the truth?”

The biggest misconception is that brand perfection is necessary before honesty is a valid brand strategy. Yet ask any couple that’s been married for 30 years and they’ll tell you this: being honest does not mean being perfect. In brand parlance, it simply means truthfully communicating the challenges being faced, and then putting in the legwork to address those challenges.

A few brands can be applauded for their approach to honesty, while some have considerable work to do. For instance, Ben and Jerry’s ice cream (a company owned by Unilever) successfully joined the socially responsible B Corporation movement, and in doing so has made its full B Impact Assessment and governing documents visible to the public. In the retail world, footwear company Timberland is mapping its progress in improving factory conditions. It’s a great example of a brand that’s not perfect, but working to make changes.

In a recent report on transparency in corporate reporting among the 105 largest publicly listed multinational companies, it’s surprising to see that oil companies such as BP and ExxonMobil (also far from perfect) rank much higher in transparency than popular tech companies such as Google and Apple. And in terms of integrity, public perception of Google and Apple continue to fluctuate. If I were a PR executive at these tech companies, my palms would be sweaty.

But there’s a simple solution.

Brands need to know that, when presented with honesty, consumers become loyal enthusiasts. We increasingly allocate our money and ‘likes’ in ways that promote the type of world we want to live in–-it’s a form of consumer democracy that has arrived to the modern world where every dollar is a vote. And although the debate rages on whether or not corporations should have similar rights to people, there is one thing that’s certain: every brand on the face of this planet has a heart. Each brand has values and intentions. How do we know this? Companies are constructed by people who have values and intentions, and therefore are neither apolitical nor neutral. Brands are a reflection of the people behind them. And consumers are eager, if not practically begging, to see honest hearts at the core of their favourite companies.

So are you listening, big brands?

Companies can go in two directions: 1) Continue to conceal and to sweep away the internal brand truths, or 2) move towards a communications strategy of honesty and transparency. In an era of connection and instant sharing—where social media is the little dog ripping open every curtain across the land—a movement towards truth-speaking is undoubtedly the most intelligent.

The practical approach is to avoid the inevitable hysteria that will ensue when someone else exposes the truth. Unlock the castle doors before they get broken down. Lift the curtain before it gets ripped open. Be brave and be honest.

Chances are that consumers will love you all the more.

(This article was first published in 2012, on FastCo Exist.)